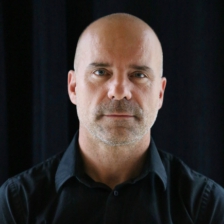 Richard Avramenko (Ph.D. Georgetown, 2005) has taught both Political Science and Integrated Liberal Studies at the University of Wisconsin since the Fall of 2005. His main areas of interest are ancient and continental political thought, though he tends to pursue themes rather than specific thinkers or eras. He teaches Western Culture: Political, Economic, and Social Thought, Ancient and Medieval Political Thought, Tocqueville’s Democracy in America, Politics and Literature, the Romance of War, Nietzsche, Methods of Political Theory, or whatever strikes him as interesting and appropriate (teaching schedule).

Avramenko has written articles on topics such as Plato, Aristotle, Dostoevsky, St. Augustine, Tocqueville, Nietzsche, Voegelin, Heidegger, and Canadian identity politics. He has a forthcoming book called Courage: The Politics of Life and Limb, has co-edited a book on friendship (Friendship and Politics: Essays in Political Thought), and is currently working on a new book manuscript: The Crush of Democracy: Tocqueville and the Egalitarian Mind.

When not pretending to think deep thoughts, Avramenko can be found marathon training somewhere by Lake Monona, biking somewhere in southern Dane County, drinking coffee and writing at Barriques, golfing, SCUBA diving in Belize, or just generally being “a kaleidoscopic man, a man of many different humors, fair and colorful as the city itself” (Republic, Book VIII).