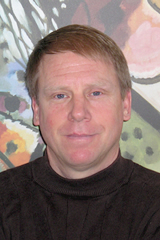 Mike Vanden Heuvel is Professor and former Chair of Theatre and Drama, with affiliate faculty appointments in ILS and Visual Cultures. He teaches courses in dramatic literature, criticism, and theory ranging from Shakespeare to the European avant-garde. As part of the Department of Continuing Education, Vanden Heuvel has also developed an interdisciplinary course entitled “Science and the Arts: Theatre Plays with Science.”

He is the author of Performing Drama/Dramatizing Performance: Alternative Theater and the Dramatic Text (U Michigan) and Elmer Rice: A Research and Production Sourcebook (Greenwood), as well as essays on theatre pedagogy, dramatic literature, and dramatic theory that have appeared in Theatre Journal, The Journal of Dramatic Theory and Criticism, and New Theatre Quarterly, among others. Research interests focus on interdisciplinary studies of theatre and science, on which he has published extensively.

Mike is also active in the UW International Academic Programs, having taught in London on three occasions and in two summer terms at Trinity College, Dublin. He is currently completing a book on science and theatre (tentatively entitled “Congregations Rich with Entropy”: The Emergence of Complexity in Theatre and Performance). Professor Vanden Heuvel’s awards include an American Council of Learned Societies fellowship and various invited lectures (such as the 2nd Annual Comparative Drama Address).