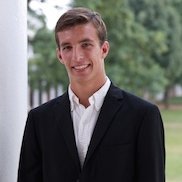 Michael Promisel is a Ph.D. candidate in Political Science at the University of Wisconsin-Madison. Michael’s research is rooted in the history of political thought and American political development, with particular focus on political leadership, virtue ethics, and the relationship between religion and politics. His dissertation examines the moral character of political leadership and examines the work of Aristotle, Cicero, Machiavelli, and St. Thomas More to provide theoretical grounding for reflection on this topic today.
Michael’s research has appeared in the Review of Politics. Michael serves as the graduate coordinator for the Political Theory Workshop at UW-Madison and as as a graduate fellow for the Center for the Study of Liberal Democracy. He received his B.A. in Government from the University of Virginia in 2014.