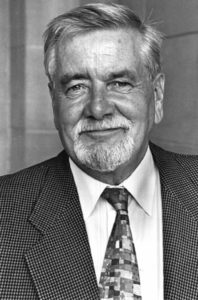 Klaus L. Berghahn was raised and educated in Duesseldorf (Germany). At the universities of Cologne and Muenster he studied German literature, philosophy, and history. After the completion of his dissertation, he accepted a teaching position at the University of Wisconsin-Madison. Not knowing much about the place, he found himself to his surprise in one of the oldest and best German Departments in the United States, where he was nurtured — and flourished. After teaching for twenty years German literature since the 18th century, he participated in the founding of the Jewish Studies program, where he has regularly taught a topic course on German-Jewish relations since the 18th century. Together with Jack Zipes (Minnesota) he was successful in bringing a DAAD Center of Excellence to the Midwest. As its Director for seven years, he built up an interdisciplinary graduate program, taught seminars together with up to three colleagues, and organized many workshops and symposia. He received five offers from other institution, and yet he decided to stay at the UW-Madison mainly on the strength of the German Department, the support of his university, and its excellent library. He compensated his commitment to the UW-Madison by teaching at eight universities in Germany, the United States, Israel, and England, and he widely traveled on lecture tours. Still a member of the German Department, he is affiliated with the Department of History, the Jewish Studies Program, the Integrated Liberal Studies program, and the DAAD Center for German and European Studies.