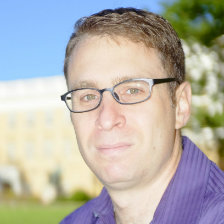 Daniel Kapust received his PhD in Political Science from the University of Wisconsin-Madison in 2005, and came to UW after six years in the Department of Political Science at The University of Georgia. Kapust’s research focuses on the history of political thought, especially Roman, Florentine, early modern, and the 18th century, along with rhetoric, democratic theory, and the republican tradition.

He has recently completed a second book project on flattery and political theory, titled Flattery in the History of Political Thought: That Glib and Oily Art, and has begun to work on two new book projects: one on Lucretius and early modern political thought, the other on imperial republics. He is also the Director of the Political Economy, Philosophy, and Politics Certificate Program.