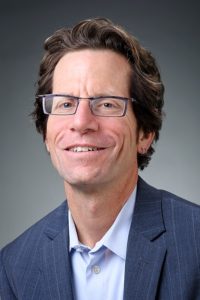 Daniel Kleinman wishes he were on the Nominating Committee for the Rock and Roll Hall of Fame, like fellow ILS Professor Craig Werner. Sadly, his life isn’t as exciting. He did, however, grow up two blocks from the Pacific Ocean in Santa Monica, California. He spent much of his childhood in the water, bodysurfing and Boogie boarding. At thirteen, he walked the picket line with members of the United Farm Workers Union in an effort to enforce a consumer grape boycott. At sixteen, Angela Davis told him his analysis of racism was wrong.

Kleinman’s exposure to the value of multiple kinds of knowledge and varied ways of knowing began at the progressive middle and high school he attended in Santa Monica, Crossroads, and continued with his liberal arts college experience at Haverford in Pennsylvania. His main course for ILS is 275, which he titles “Democracy and Expertise.” Often involving some sort of real time experiment in democratic practice, students learn practical citizenship skills and think hard about the ideas of thinkers from Alexis de Tocqueville to Cornel West and Robert Putnam.

In addition to teaching in ILS, Daniel Kleinman is the associate dean of the UW Graduate School. Among the books he has published is Impure Cultures: University Biology and the World of Commerce.