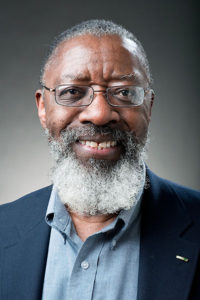 The boundaries of Meiklejohn’s Experimental College student body may be endless. I met Alexander Meikeljohn some forty years ago. Meikeljohn himself had no idea that I was his student. During those conflicted times of the sixties, when I was recently returned from Vietnam and in pursuit of a graduate degree in history and anthropology, I often listened to Meikeljohn on public radio broadcasts from something called the Center for the Study of Democratic Institutions, a Santa Barbara, CA “think tank” led by Robert Hutchins, former president of the University of Chicago and an avowed Meikeljohn “groupie”.

Though it was the University of California that formally conferred my degree, I often felt that any transcript summary containing the ghosts of Meikeljohn, Hutchins and an informal faculty of philosophers, political theorists, mathematicians, novelists, community organizers, urban planners, and classicists unknowingly contributed via offshoots of the Ex-College.

Before retirement, my teaching and publications focused on intellectual history and working peoples history within the African Diaspora. These focuses led to the exploration of crisscrossing traceries of social capital formation among dis-empowered folks such as domestic workers, prisoners, mineworkers, folk healers, youth gangs, and immigrant populations in Africa, the Caribbean, Europe, and North America. My meditative pursuits have included long-distance road racing (until a hip replacement revealed the truth of my wife’s insight that 26.2 miles of pain might not be the path to wisdom), architectural photography, collecting pipes (think Freud), and self-help manuals, and (covertly) playing acoustic guitar. Since retirement I work as an ombudsman on campus. So, with me you get the folk wisdom of Meiklejohn, Opryland and Oprah-land, and a steadfast view that there’s no such thing as a bad pun. I get to associate with a great community of learners.