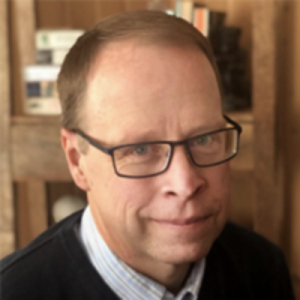 John Zumbrunnen has wide-ranging interests in the history of political thought, democratic theory, and American political thought. Much of Zumbrunnen’s published scholarship works at the intersection of Greek political thought and contemporary democratic theory, seeking in particular to recover ancient texts as resources for our thinking about the place and potential of ordinary citizens in mass democracy. He is currently at work on a book-length project on Benjamin Franklin and the politics of humility. Zumbrunnen’s first book, Silence and Democracy: Athenian Politics in Thucydides’ History, was published by Penn State University Press in May 2008. His second book, Aristophanic Comedy and the Challenge of Democratic Citizenship was published by the University of Rochester Press/Boydell & Brewer in 2012. His work has appeared in The American Political Science Review, Political Theory, Polity, History of Political Thought and Political Behavior as well as in various edited volumes.
Zumbrunnen also directs the American Democracy Forum, a program that aims to encourage conversations about the founding principles of American political thought and the place of those principles in the ongoing practice of American democracy. The ADF sponsors an undergraduate fellows program, a high school educators program, a postdoctoral fellowship, and other activities. The ADF’s three-year Benjamin Franklin Initiative explores links between science, political thought, and law in the Atlantic Enlightenment and the American founding. Zumbrunnen has recently been active in UW’s Educational Innovationinitiative and is a fellow of the UW Teaching Academy and a recipient of the Chancellor’s Distinguished Teaching Award, the Phi Beta Kappa Excellence in Teaching Award and the Alliant Energy Underkofler Excellence in Teaching Award . He currently serves as faculty director of Chadbourne Residential College.